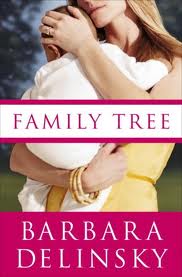 When a white couple gives birth to a baby with distinctly black features, a family is thrown into turmoil. Hugh Clarke, born into a pedigreed New England family that can trace its roots to the Mayflower, devotes his professional life to championing minorities but is blindsided by his daughter’s color. He urges his wife Dana, whose heritage is unknown, to start digging for answers. Dana adores her baby and resents her husband’s demands. Unearthing her family’s past raises issues for her that go well beyond that of her daughter’s racial mix.
Hugh’s father, Eaton Clarke, a renowned writer, anxiously awaits the results of Dana’s search. Eaton is weeks away from releasing a book based on his well-documented family tree, and will be discredited as an historian if the very foundation of his book is undermined. To make matters worse, his wife, Dorothy, is taking an uncharacteristically independent stand with regard to their newest granddaughter.
Family Tree delves into issues of trust, honesty, privilege, and identity. It debates the way people define ourselves, and explores the duplicity of political correctness and personal prejudice.

The basis of the book has so much potential.  How would any of us react if our child was born looking so different from any of out family?  How would our friends and family react?  what hidden prejudices would we encounter?

I enjoyed this book while I was reading but a few things stood out enough to bother me.  Hugh's initial reaction to the appearance of their child seemed understandable and the strength of his defence for his wife's faithfulness to his own parents was wonderful to see.  And yet, he doesn't seem to understand why Dana is upset when he continually insists on a paternity test to prove the truth to his parents.  His almost desperate need for Dana to track down her unknown father and find an explanation was relentless and didn't seem to match with who he was show to be elsewhere in the book. The issue of trust played a huge role in this novel.


Hugh's parents were unsympathetic and stereotypical as the stuck-up, social climbing rich couple whose main concern in life is what others would think of them. For such two dimensional characters, they had a huge influence over their son's actions.  There were several minor sub-plots that interwove throughout but most were not fleshed out and many were unresolved at novels end. While they were not essential to the main story, the failure to follow then to some end made the novel feel choppy at times. I think this story could have been told with more depth and focus on the underlying issues and motivations of the characters and less reliance on their initial reaction to the appearance of the child. Only Dana and Hugh seemed to evolve somewhat past the knee-jerk reactions they have. A good read as long as you don't think too much or expect much of the characters.

Posted by Absent Librarian at 7:45 PM