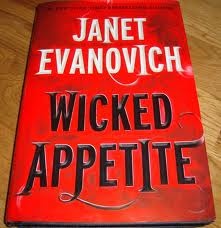 The first book of a new series centered on Diesel, a handsome, mysterious fellow with unusual talents, who is on a quest to find the Seven Stones of Power.
Life in Marblehead has had a pleasant predictability, until Diesel arrives. Rumor has it that a collection of priceless ancient relics representing the Seven Deadly Sins have made their way to Boston’s North Shore. Partnered with pastry chef Lizzy Tucker, Diesel bullies and charms his way through historic Salem to track them down—and his criminal mastermind cousin Gerewulf Grimorie. The black-haired, black-hearted Wulf is on the hunt for the relic representing gluttony. Caught in a race against time, Diesel and Lizzy soon find out that more isn’t always better, as they battle Wulf and the first of the deadly sins.


Giving it the benefit of the doubt due to my great enjoyment of the Stephanie Plum series, I found this first instalment of the Lizzy and Diesel series, well....okay.
Written with a  paranormal twist, it is very similar to the Stephanie Plum series.  The cast of characters includes Lizzy Tucker, a sometimes uncoordinated, unlucky in love, quirky pastry chef who finds herself out of her depth in a supernatural treasure hunt. Perhaps in an intentional bid to attract fans from that other series, Evanovich has written Lizzy to be not-so-different from the more well known Stephanie.  If the formula is working, why mess with it?
Cue the entrance of  a tall, built-like-a-tank sexy heartthrob with a killer smile, a doctorate in flirting and the less than subtle name of Diesel.  Diesel, as in strong, tough, and hot!  Add in the quirky, spell-casting sidekick, a mysterious pet cat and a town full of odd characters and you have successfully moved from Stephanie's 'the burb' to Lizzy's Salem, Mass. 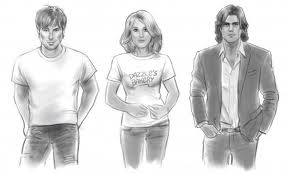 Wulf turned his head toward Diesel and looked amused but didn't go so far as a smile. His features were sharper than Diesel's.  Diesel's eyebrows were fierce, and Wulf's eyebrows were raven wings.  Wulf's nose was straight, his mouth was not as wide as Diesel's but oddly sensuous, his skin was ghostly pale.
...Wulf glanced at my hand. "you're hanging out with a woman wearing my brand."
"Cows get branded," Diesel said. "Women, no. And she's with me."
"for now, cousin."
"Forever."
"We'll see," Wulf said.
His eyes locked onto mine, and for a long moment, I was held captive with no clue to his thoughts.What I knew for certain was that I saw power and passion.  I stepped back into Diesel, relieved when I felt him pressed into my back, his hand at my waist.
"I should be moving along," I said, making an effort not to gasp for air, praying that my voice wasn't shaking. "The monkey is waiting."
Omigod, I thought. Did I just say the monkey is waiting to the liege lord of evil? I'm such a dork!


Parallels to her earlier series aside - and there are many - I did enjoy Evanovich's Wicked Appetite.  She continues to deliver laugh out loud moments and a tasty mental image of the Diesel character.

My only real criticism is that it seems, overall, to be a weaker novel.  This may be due to how quickly Lizzy accepts what is happening around her: two strange men show up and start telling her what to do, they seem to have magical abilities, and she jumps right into following one of them around pursuing their, now mutual, quest for could-end-the-world-if-in-the-wrong-hands stones.  Oh there is plenty of protesting and thoughts filled with doubt, but it feels like obligatory posturing rather than a true WTF is happening reaction.  We readers know that Lizzy is going to join forces with Diesel and that her wacky entourage will be along for the ride.  I felt like I missed a chapter at the beginning of the novel, before all the spell casting, mystical abilities and poofing out of sight villains were accepted as part of everyday life.

That said, yes, I WILL be picking up the next in the series.  After all, I like a book that can make me laugh out loud and  has a six foot tall hero with a wry sense of humour.  Plus there's a one-eyed cat...although, I could do without the monkey.
Posted by Absent Librarian at 6:25 AM