Flower Power by Ann Walsh
Callie's Mother Has chained herself to the neighbor's tree and is living inside the treehouse. She refuses to come down until the neighbor, Mr. Wilson, agrees to leave the tree standing. Soon reporters arrive to interview Callie about her mother's protest. Callie doesn't want to talk to anyone. More chaos ensues when Callie's grandmother invites the "singing grannies" to help save the tree, the neighbor's biker friends come to her aid, and Callie's friends show up to try to get themselves on TV. Callie needs to figure out how to get her mother to come down from the tree so that her life can return to normal.

This story about standing up for what you believe in, and about supporting starts out with good intentions. Perhaps the aim was to appeal to the readers feeling of not being heard, but the complete lack of respect for the opinions and feelings of 12-year old Callie shown by her loving family throughout the book negated any validity in the character of the other players in this story. In the end, Callie has a simple solution for situation that had become out of contraol and bordered on mass hysteria. This works as a kid-saves-the-world story but not as the take a stand story the synopsis suggested. The willingness of the family to allow strangers into their homes and daughter's life was also alarming. I like the concept of the plot, just not the manner in which author Ann Walsh had it play out.
---

It's hard enough for Eve to adjust to a new high school without the extra weight she's gained over the summer. Her best friend is ashamed to hang out with her, and she's become the focus of a schoolmate's cruelty. Determined not to be "that pathetic fat girl" at school, Eve struggles with a diet and forces herself to join a mentoring program. The diet only makes her food obsessed, and she feels she is failing as a mentor. How can a lonely fat girl gain the confidence she needs to succeed?

I liked that author Frieda Wishinsky chose not to focus solely on the physical struggles Eve faces - clothes not fitting and dieting - but includes the emotional and social impacts of looking different and how important the influences of others opinions can seem to be. By adding Eve'a involvement in a mentoring program, Wishinsky has cleverly woven in the high value of the person that lies beyond first impressions and appearances.


Watch Me by Norah McClintock
At first Kaz intends to help the old lady who's fallen in the park. But then he starts thinking about how he never gets what he wants. The next thing he knows, he's running away with her purse. The purse contains only five dollars and a battered watch. When Kaz learns who the old woman is and where the watch came from, he begins to understand consequences in a new way.
McClintock presents a tale where impulse and consequences meet squarely in the intersection of conscience and self preservation. The internal dilemma of what to do after a mistake is made is explored with all the nuances of real life. Guilt, uncertainty, shame, bravado, denial and courage all take their turn until a decision is finally made. What is the right thing to do? What are the consequences for following that knowledge, or for ignoring it? How does one decide which choice to make? 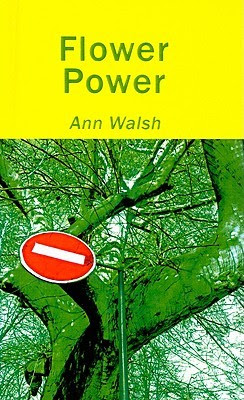 Posted by Absent Librarian at 1:00 AM