At the 11th hour of the 11th day of the 11th month
Remembrance Day honours the sacrifices of the men and women of the armed forces who fought for our freedom.  How can we introduce the meaning and importance of showing respect and thanks on this special day to young children? 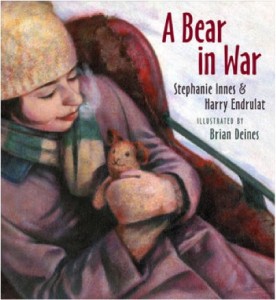 A Bear in War
written by Stephanie Innes and Harry Endrulat

Inspired by the true story of “Teddy,” a stuffed bear that was sent to the front lines during World War I. Teddy belonged to ten-year-old Aileen Rogers, who lived with her family on a farm in East Farnham, Quebec. Her father, Lawrence Browning Rogers, enlisted in the Fifth Canadian Mounted Rifles in his thirty-seventh year in 1915.  Teddy now lives in a glass display case at the Canadian War Museum  in Ottawa, Canada. 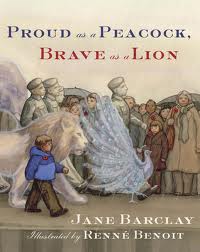 Proud as a Peacock, Brave as a Lion written by Jane Barlcay

Much has been written about war and remembrance, but very little of it has been for young children. As questions come from a young grandchild, his grandpa talks about how, as a very young man, he was as proud as a peacock in uniform, busy as a beaver on his Atlantic crossing, and brave as a lion charging into battle. Soon, the old man’s room is filled with an imaginary menagerie as the child thinks about different aspects of wartime. But as he pins medals on his grandpa’s blazer and receives his own red poppy in return, the mood becomes more somber.
Outside, the crowd gathered for the veterans’ parade grows as quiet as a mouse, while men and women — old and young — march past in the rain. A trumpet plays and Grandpa lays a wreath in memory of his lost friend. Just then, the child imagines an elephant in the mist. “Elephants never forget,” he whispers to his grandpa. “Then let’s be elephants,” says the old man, as he wipes water from his eyes and takes his grandson’s hand. 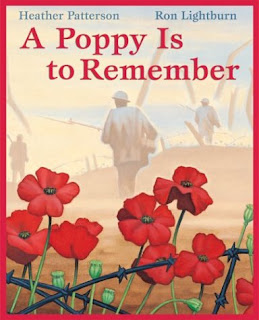 A Poppy is to Remember
by Heather Patterson

How did the bright red poppy that we all wear in November become Canada's symbol of honouring those who fought for our freedom on Remembrance Day?

Moving text coupled with stunning illustrations by Governor General's Award-winning artist Ron Lightburn explain the symbolism behind the poppy.
A bonus for teachers is the five-page spread all about the poem, "In Flanders Fields," Canada's wartime and peacekeeping endeavours, and the adoption of the poppy as our Remembrance Day emblem. 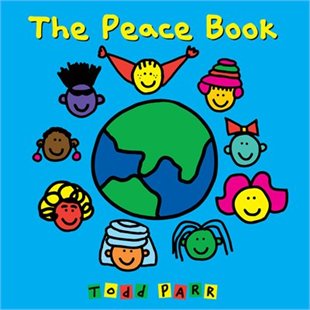 The Peace Book by Todd Parr

The Peace Book delivers positive and hopeful messages of peace in an accessible, child-friendly format featuring Todd Parr''s trademark bold, bright colors and silly scenes. Targeted to young children first beginning to read, this book delivers a timely and timeless message about the importance of tolerance. 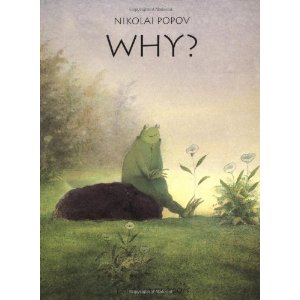 Why? by Nikolai Popov

A frog sits peacefully in a meadow. Suddenly, for no apparent reason, he is attacked by an umbrella-wielding mouse in a confrontation that quickly turns into a full-scale war. "A strong anti-war message and lithe, incandescent artwork propel this affecting wordless picture book".--"Publishers Weekly". 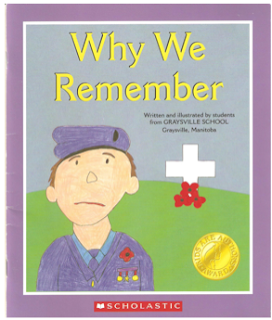 And for older children... 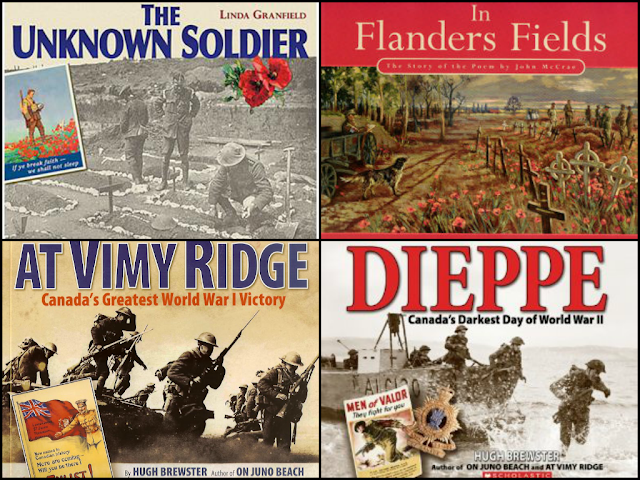 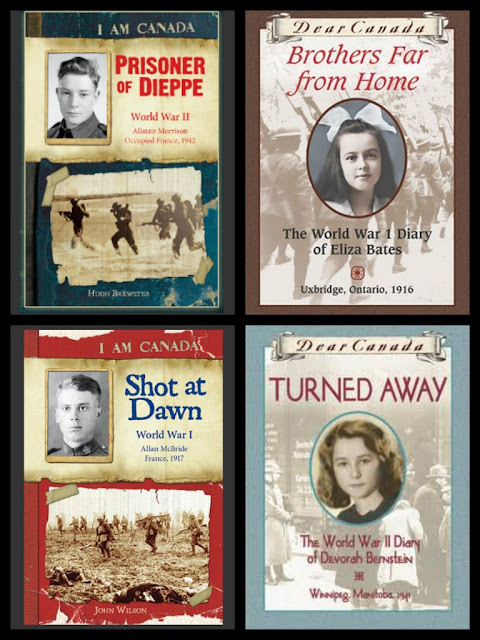 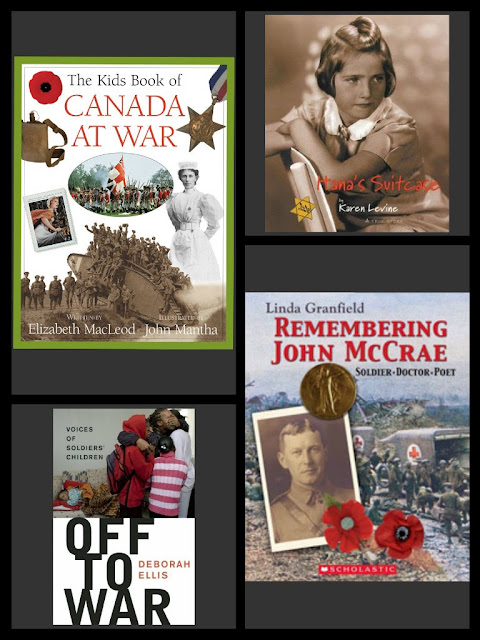 Posted by Absent Librarian at 11:23 AM