The book the world is talking about.

I finally caved and read the book the world, it seems, is talking about.  At first there were whispered conversations: did you hear about, the BOOK? The there were furtive glances and the quick passing of a copy under the patio table at the coffee house. Soon it was mentioned on the radio, then on daytime talk shows, then, it was everywhere. 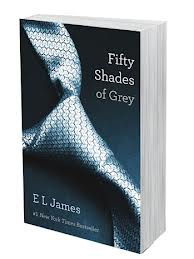 When literature student Anastasia Steele is drafted to interview the successful young entrepreneur Christian Grey for her campus magazine, she finds him attractive, enigmatic and intimidating. Convinced their meeting went badly, she tries to put Grey out of her mind - until he happens to turn up at the out-of-town hardware store where she works part-time. The unworldly, innocent Ana is shocked to realize she wants this man, and when he warns her to keep her distance it only makes her more desperate to get close to him. Unable to resist Ana’s quiet beauty, wit, and independent spirit, Grey admits he wants her - but on his own terms. Shocked yet thrilled by Grey's singular erotic tastes, Ana hesitates. For all the trappings of success – his multinational businesses, his vast wealth, his loving adoptive family – Grey is a man tormented by demons and consumed by the need to control. When the couple embarks on a passionate, physical and daring affair, Ana learns more about her own dark desires, as well as the Christian Grey hidden away from public scrutiny.

Why, oh why, is this book so popular? I can see how it became a trend, but the most amazing book ever?  no.  really, no. The writing was not exactly award winning and the "heroine" was a wee bit [read massivly] unreal. very Bella-ish.  ohh...a bad boy.  Her reactions were quite comical at times..at least the synopsis said it was amusing.  Not quite in the way they meant, I suspect.  if you have read the rest of the trilogy can you give me a BRIEF synopsos lol.  Like Twilight, I am embarrased to  to admit I want to know what happens once she graduates emotional middle school.

The eloquent ladies over at the Smart Bitches, Trashy Books blog answer this question the way I want to:


I have a few theories as to why this book is popular. It has a secrecy element, for example, similar to some paranormal romances and their avid fanbases. It's also not at all surprising that 50 Shades and Twilight share a few plot themes, specifically that secrecy and the temptation inherent in the world of both narratives, and the alpha male who is opulently, ridiculously wealthy, Volvos optional. Plus, Edward, as I wrote a few years ago, and in many similar ways (again, surprise surprise) Christian are both very much old-skool-style romance heroes. 50 Shades (and Twilight, obviously) are also told from the heroine's POV, a very deep, first person, detail-heavy point of view, and the narrative is also akin to reading a diary, adding to that sense of illicit secrecy.

Sparking so much attention, those creative types were sure to have some fun with this book. Check out these spoofs/tributes to 50 Shades! 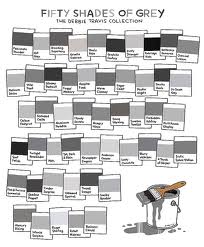 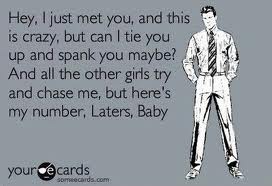 Posted by Absent Librarian at 8:00 PM