There's something to learn from bookish Ontario 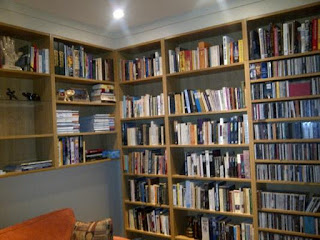 The first is the nationwide-reading test whose results came out this week: Quebec's eighth-graders scored "significantly lower" than Canadian students as a whole. (Quebec's English public schools ranked fifth among the provinces. Their counterparts in French schools fared far more poorly than in the previous test in 2007.)

The other thing that's discouraging is that no solution for this problem exists in Quebec.

To be sure, the schools teach kids how to read and require book reports, and the provincial government's "Action Plan on Reading" is beefing up our thin school libraries. But meanwhile, the habit of reading fiction outside of class - simply for fun - is becoming less common.

Many parents - even those with a laudable desire to see their children acquire a solid education - don't see how reading has much to do with so-called "fields of the future": information technology, medicine, finance, business, etc. They'd rather that Susie and Johnny learn Mandarin than immerse themselves in "useless" fiction.

Or perhaps not so useless.

The brain has to work harder to understand a character in a book than in a movie, where pictures do most of the work. Novels allow readers to put themselves more deeply in other people's place. That, according to a study by Raymond Mar at York University, might be one reason why people who start reading fiction at a young age tend to acquire more empathy than non-readers. Note that, according to a University of Michigan study, empathy appears to be in decline among young people.

Another related spinoff, notes Rick Wilks, the head of a leading children's publisher, Toronto's Annick Press, is that young readers tend to grow up to be more involved in their communities. "A greater understanding of others," he says, "leads to a greater engagement in society."

The question is how to encourage reading at a time of so much electronic competition.

The Ontario Library Association has an ingenious answer.

In the 1990s, dismayed by young people's low interest in reading, it borrowed a concept from Texas and invited students in elementary and secondary schools to act as judges in deciding which novels are best for their particular age group. Last year, 250,000 students from 3,500 schools and libraries cast votes.

Wilks, who is also co-chair of the National Reading Campaign, calls the concept "wildly successful."

Here's how it works in the case of Red Maple Award, as the contest for seventhand eighth-graders is called. Librarians and other volunteers screen some 100 novels published by Canadian authors within the previous two or three years, then select 10 finalists. The students can read any five, and then they vote for the one they liked most. They receive no grade and write no book report. They take part voluntarily because, as voters, they "own" the contest.

As well, the books are part of the school buzz - the kids argue among themselves about each, sharpening their analytical skills.

Every May, school buses carrying 8,000 students converge at Toronto's Harbourfront for the opening-of-the-envelopes ceremonies. I chanced to be at one of these several years ago as an ill-fated author (I didn't win), and the enthusiasm of the kids and the professionalism of the organizing blew me away.

Quebec has nothing like this. Indeed, the head of the youth section of the L'Association des bibliothécaires du Québec/Quebec Library Association, Ekaterina Alkova, told me Wednesday she hadn't heard of Ontario's solution. She said, "Nothing is being specifically done by the association for children."

School libraries in all provinces are welcome to join the Ontario-based contests, which also include a French-language category. (on the web: tinyurl. com/78qrtno)

And as for that nationwide test on which Quebec did so poorly, guess which province was No. 1 overall in Canada. That's right, Ontario - and by a long shot.


Read more: http://www.montrealgazette.com/There+something+learn+from+bookish+Ontario/5793435/story.html#ixzz1fIdfyMvh
Posted by Absent Librarian at 7:56 AM No comments: